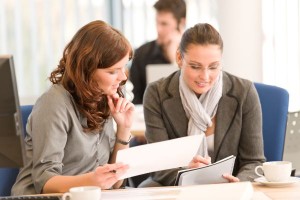 A DUI charge and conviction can be a very stressful experience and can have wide reverberations on your future, so it is best to know how to deal with it to minimize the repercussions. This article will give you some tips for the traffic stop and how to deal with the officers if you are suspected of a DUI and asked to take a field sobriety test.

The most effective way to avoid being caught drinking and driving is to simply not do it. If you are in any doubt about your blood alcohol limit, avoid driving. Take a bus, call a friend or hitch a ride but never ever drive after drinking. This is by far the best way to avoid a DUI.

2) Always be polite and obey the officers’ commands.

You will achieve nothing by being standoffish and rude to the officers. When asked for your driver’s license and registration, offer it to them. You do not, however, have to speak to the officers, they cannot bring this up as evidence against you in court.

3) You may choose not to take the field sobriety test.

The field sobriety test consists of various physical and coordination tasks that are designed to spot impairment caused by alcohol. The officers will be trained in spotting any mistakes you make and will probably not notice what you have done right. In truth, some of the exercises will be difficult even when sober, so there is a very high chance of failing the test. The good news is that you have the right to refuse the test and you can do so as all it does is create more evidence against you if you indeed are drunk. If you are sober, simply do the test and then be let off. However, not doing the test can be used in court against you.

4) You may refuse a breathalyzer test on site.

Next, the officer will try to administer a breathalyzer test on site. You can and should refuse it as the real test that can be legally used in court will be taken at the police station. This might be a good idea if you have been drinking recently as the portable tests are not very accurate. You will probably be arrested and taken to the station at this point. But remain calm and polite through the ordeal and deal with the officers and the situation sensibly. Get hold of an experienced DUI lawyer as soon as you can and with some luck you should be able to minimize the damage.

Rockville Maryland DUI Defense Lawyers
Rated 5 out of 5 based on 17 reviews.